An item in a November 1945 edition of Radio Mirror will give you an idea of just how busy the actor born Martin Lefkowitz on this date in New York City in 1916 was in the aural medium. As Tony Barrett, the former Mr. Lefkowitz knew that a mastery of dialects would ensure his being asked back time and time again to perform in front of a microphone and on particular broadcast (not identified in the Mirror blurb), Barrett was assigned two roles—both of the “gangster” persuasion. One was a mobster of foreign extraction, and the other your garden variety “dese-dem-dose” types so common to, say, East Side Kids or Bowery Boys films. The challenge was that for three pages in the show’s script, Tony’s characters carried on a conversation with each other…necessitating his switching back-and-forth from accent to accent.


Tony Barrett began his radio career in The Big Apple, appearing on shows such as The Mysterious Traveler, New World A’ Coming, and Boston Blackie (playing “Shorty” on the 1944 NBC summer replacement for Amos ‘n’ Andy). Like most busy radio thespians, Barrett did a great deal of daytime drama; he was one of several actors to play “Biff Bradley” on the long running Pepper Young’s Family and he also emoted as “Charlie Dyer” on the CBS soap This Life is Mine. A May 5, 1946 issue of Radio Life mentions Barrett portraying a bad guy on the Dick Powell detective drama Rogue’s Gallery and notes that the actor “just arrived from New York.” Migrating to the West Coast allowed Tony a good many more job opportunities; he had recurring roles on Defense Attorney (as Detective Lieutenant Ed Ledis), Tales of the Texas Rangers, The Man from Homicide, and The Adventures of Frank Race (as sidekick Mark Donovan).

Tony Barrett’s radio resume is lengthy. Among the shows on which he appeared: The Adventures of Philip Marlowe, The Adventures of the Saint, The Adventures of Sam Spade, The Adventures of Topper, All-Star Western Theatre, Barrie Craig, Confidential Investigator, Bold Venture, Broadway’s My Beat, The CBS Radio Workshop, The Cisco Kid, The Couple Next Door (the 1947 series), Crime Classics, Dangerous Assignment, Ellery Queen, Family Theatre, Famous Jury Trials, Favorite Story, The Hallmark Hall of Fame, Hallmark Playhouse, Hollywood Sound Stage, Inheritance, Let George Do It, The Line-Up, The Lux Radio Theatre, The Man Called X, Mike Malloy, NBC Presents: Short Story, The NBC University Theatre, Night Beat, On Stage, The Pendleton Story, The Railroad Hour, Retribution, Richard Diamond, Private Detective, Rocky Fortune, Rocky Jordan, Romance, Sara’s Private Caper, Screen Directors’ Playhouse, The Sealed Book, The Six-Shooter, Somebody Knows, Stars Over Hollywood, The Story of Dr. Kildare, Suspense, The Theatre of Famous Radio Players, This is Hollywood, This is Your FBI, The Whistler, Wild Bill Hickok, and Your Movietown Radio Theatre. Barrett also gave audiences a preview of what was to come by writing scripts for the likes of Escape, Tales of the Texas Rangers, and Yours Truly, Johnny Dollar.

You wouldn’t think from the above list that Tony Barrett could make time for motion pictures…but he managed to squeeze them into the schedule. His movie debut was narrating the edited version of the 1946 feature Fear, but Barrett received his first onscreen credit for a role in The Falcon’s Adventure (1946). Other movies to feature Tony include San Quentin (1946), Born to Kill (1947), Dick Tracy’s Dilemma (1947), Seven Keys to Baldpate (1947), Dick Tracy Meets Gruesome (1947), Wild Horse Mesa (1947), Western Heritage (1948), Guns of Hate (1948), Mystery in Mexico (1948), Impact (1949), Flame of Youth (1949), and Prisoners in Petticoats (1950). Barrett also started to get work on television with appearances on shows like Dragnet, The Adventures of Rin Tin Tin, The Millionaire, and Peter Gunn.

A 1964 episode of 77 Sunset Strip, “The Target,” marked Tony Barrett’s last acting role according to the IMDb. By that point in his career, Barrett began to work more and more behind the TV cameras, penning scripts for the likes of Treasury Men in Action, Highway Patrol, Colt .45, Wanted: Dead or Alive, Mr. Lucky, The Untouchables, The Felony Squad, and Peter Gunn (he wrote and directed the episode “Death is a Four Letter Word”). Tony did a great deal of writing for shows that bore the stamp of executive producer Aaron Spelling, including such hit programs as Burke’s Law, Honey West, and The Guns of Will Sonnett. This culminated with Barrett’s work on The Mod Squad: he was credited as the show’s creator-producer and wrote many of the show’s scripts (he’d share an Emmy nomination in 1970 for Outstanding Dramatic Series with Spelling, executive producer Danny Thomas, and producer Harve Bennett). Tony’s final TV contribution as a writer-producer was the short-lived series The Snoop Sisters (starring Helen Hayes and Mildred Natwick) before his passing at the age of 58 in 1974. 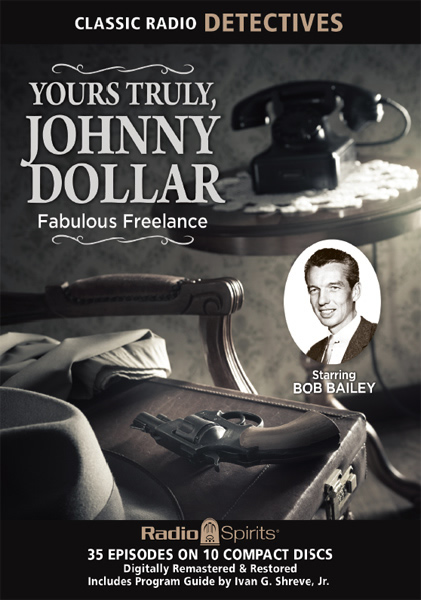 The five-part Yours Truly, Johnny Dollar story “The Long Shot Matter” was written by today’s birthday celebrant and can be found on the Radio Spirits collection Fabulous Freelance. You can also hear Tony Barrett flex his thespic muscles on the Dollar sets Fatal Matters, Medium Rare Matters, Murder Matters, Mysterious Matters, and The Many Voices of Yours Truly, Johnny Dollar. In addition, Tony plies his acting trade on The Adventures of Philip Marlowe (Lonely Canyons, Night Tide), The Adventures of the Saint (The Saint is Heard, The Saint Solves the Case), Broadway’s My Beat (Dark Whispers, Great White Way, The Loneliest Mile), Cathy and Elliott Lewis On Stage, Escape (Classics), Let George Do It (Sudden Storm), The Line Up (Witness), The Man From Homicide, Richard Diamond, Private Detective (Dead Men), Romance, The Six Shooter (Gray Steel, Special Edition), The Story of Doctor Kildare, This is Your FBI (Shakedown), and The Whistler (Grave Secret). 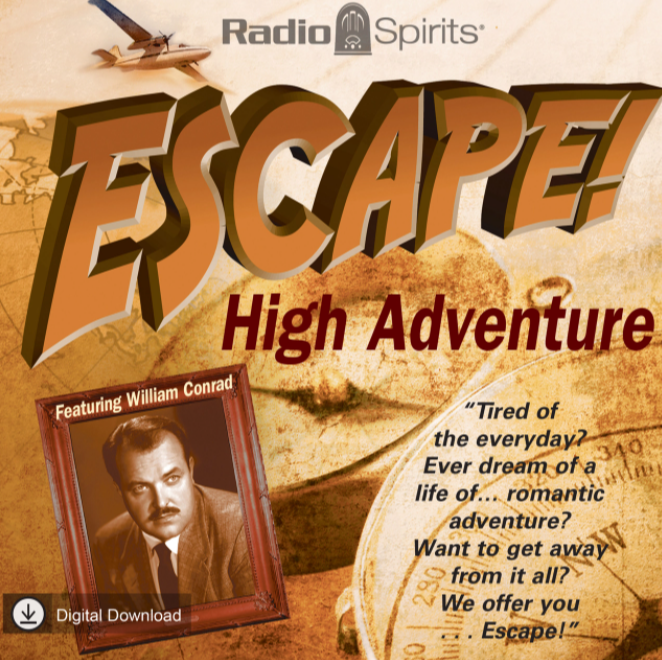 In our digital downloads store, Tony’s contribution to Escape, “The Target,” can be found on the Escape collection High Adventure, and the man himself appears on the sets Essentials, Escape to the High Seas, and Peril. Check out Mr. Barrett on The Adventures of the Saint (The Saint Goes Underground), The Adventures of Sam Spade (The Final Capers), Boston Blackie (Outside the Law), Broadway’s My Beat (Murder), Crime Classics, Defense Attorney, Let George Do It (Cry Uncle, Enter Mr. Valentine, Full Details, Sweet Poison), The Line Up, The Man Called X, Night Beat (Nightside is Different), Richard Diamond, Private Detective (Mayhem is My Business, Shamus, Trouble), Rocky Fortune, Screen Directors’ Playhouse, The Sealed Book (Ghostmakers), Somebody Knows, Suspense (Around the World), and The Whistler (Eleventh Hour, Impulse). Happy birthday, Tony!