Alonzo Deen Cole, creator of The Witch's Tale, once said, "People like to be scared, just as they like to eat candy." From the depths of his imagination he conjured Old Nancy (played by Adelaide Fitz-Allen, Martha Wentworth and 13-year-old Miriam Wolfe) and her black cat, Satan. This "Witch of Salem" urges listeners to "draw up to the fire and gaze in to the embers…gaze into 'em deep!"

Once she has your rapt attention, she begins to tell you - with a gleeful cackle - her tales of ghosts, devils, and curses. The narratives she weaves convey countless examples of how jealousy, revenge, greed and ambition can result in circumstances as frightening as any caused by supernatural beings.

Cole himself plays the lead male roles (and the cat) and his wife, Marie O'Flynn, is heard as the leading ladies in these 20 radio programs that first aired in the mid-1930's. Alan Devitt and Mark Smith provide supporting voices, with Roger Bower announcing.

Includes a Program Guide by David S. Siegel featuring photographs and information about the series.

EPISODES INCLUDE: The Boa Godess, The Bronze Venus, The Devil Mask, The Devil's Doctor, The Devil's Number, The Flying Dutchman, Four Fingers and a Thumb, Frankenstein, The Graveyard Mansion, The Gypsy's Hand, The Hairy Monster, The Haunted Crossroads, The Knife of Sacrifice, The Physician of the Dead, The Puzzle, Rats in a Trap, The Spirits of the Lake, The Statue of Thor, The Suicide, The Wedding Gift, Bonus: 1934 Syndication Promo 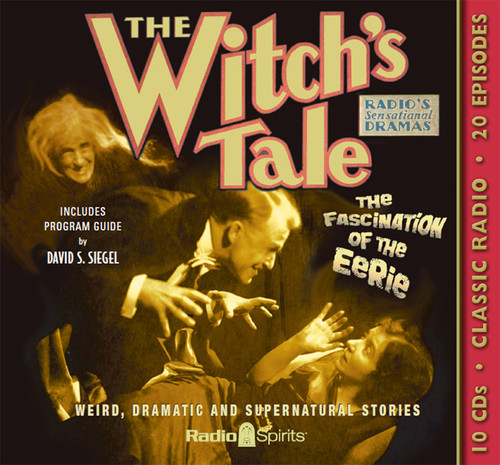