For those of us who like to escape the real world and dive into the realm of fantasy, The Lost World will certainly satisfy that desire. Based on the 1912 novel by Sir Arthur Conan Doyle, this outstanding 12-DVD release of the complete 66-episode TV series offers entry into an alternative universe packed with action, adventure, and interesting characters.

First airing in 1999, this series details the adventures of a band of scientists and explorers who set course from England in a hot air balloon to a remote area of the Amazon jungle in search of a fabled "lost world."

Following a crash landing, the group discovers a mysterious plateau and a beautiful jungle woman named Veronica Layton, who has been living in the wilderness since her parents disappeared 11 years earlier, having vanished under mysterious circumstances.

The characters realize they are trapped in the lost world and battle against many hostile elements, including the mysterious force that created this world. Together, they fight to survive against carnivorous dinosaurs, vicious Neanderthals, a race of lizard men, and other dangers, as they search for a way to escape.

Peter McCauley, Rachel Blakely, Jennifer O’Dell, William Snow, David Orth, Michael Sinelnikoff, and Lara Cox play the complex, well-rounded characters with a great mixture of humor, adventure, and mystery. (They sometimes struggle with each other and their relationships as much as with their environment!) 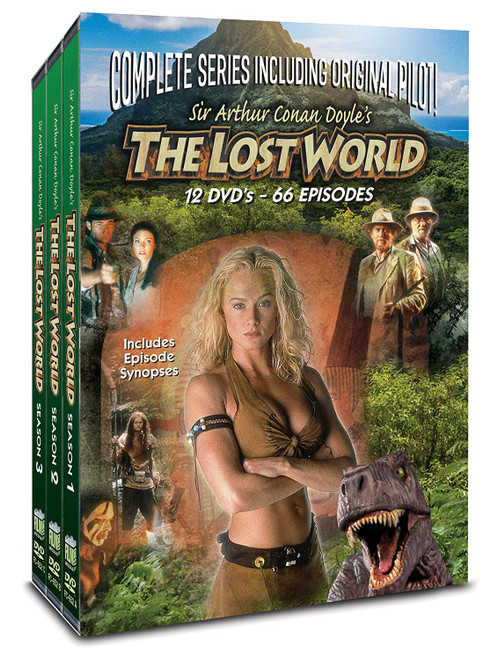