In 1940, DC Comics handed out a 96-page comic book entitled New York World’s Famous Comics as a souvenir to kids attending the World’s Fair that same year. On the comic book cover, the two biggest stars in the comic book company’s superhero universe stand side-by-side together: Superman (who first began appearing in April 1938 as the star of Action Comics) and Batman (the star of DC’s Detective Comics beginning in March 1939). (Okay, the two crimefighters aren’t technically “side-by-side”---Batman’s sidekick Robin is between them.)


Fans hoping to see the two superheroes engage in the contents of the souvenir book would be disappointed. Superman stars in a tale about a jewel thief foiled by The Man from Krypton while Gotham City’s famed duo are kicking around the World’s Fair in a separate story (in which they learn of a scientist destroying bridges around Gotham). Nevertheless, the cover of the souvenir comic was a look into the future: when Superman met Batman on the radio on this date in 1945. 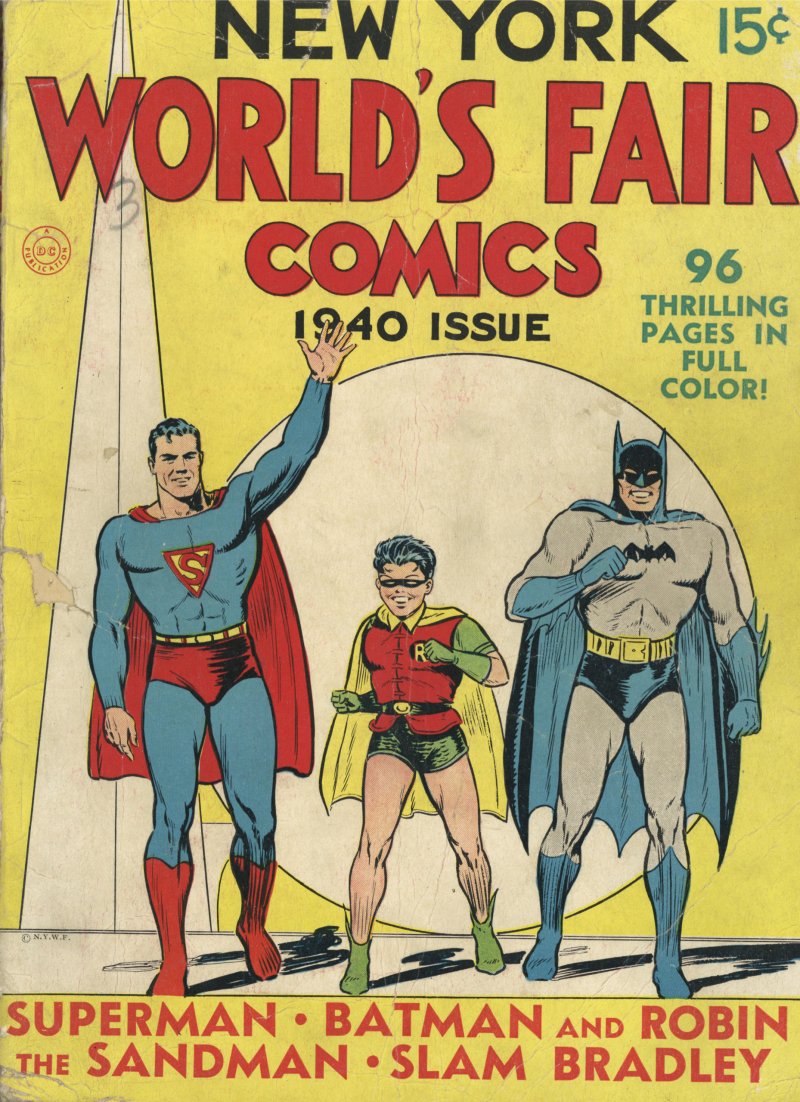 The Adventures of Superman premiered over WOR on February 12, 1940, allowing juvenile listeners (and adults, too) to tune into thrilling escapades of the Man of Steel, who arrived on planet Earth as a refugee from an exploding planet known as Krypton. The undocumented visitor possessed “powers and abilities far beyond those of mortal men.” This meant that he was "faster than a speeding bullet, more powerful than a locomotive, able to leap tall buildings in a single bound." Although he went by “Kal-El” on his home planet, on Earth he adopted the disguise of Clark Kent, a mild-mannered reporter working for the newspaper known as The Daily Planet. This masquerade allowed Superman to fight “a never-ending battle for truth and justice,” as so memorably intoned by the program’s longtime announcer, the legendary Jackson Beck. (Beck was also Beany Martin, the Daily Planet’s copyboy.)

The role of Superman was essayed by actor Clayton “Bud” Collyer, who worked assiduously on radio in daytime dramas and the like, later becoming a familiar TV face as the emcee on shows like Beat the Clock and To Tell the Truth. (Michael Fitzmaurice took over the role in the series’ last season on radio in 1950.) As Clark Kent’s Daily Planet reporter rival Lois Lane, actresses Rolly Bester and Helen Choate took turns playing the part…although Joan Alexander is probably best remembered as Lois. Julian Noa was Perry White, editor of The Daily Planet, and Jackie Kelk and Jack Grimes portrayed Jimmy Olson, the Planet’s cub reporter and Superman’s sidekick. 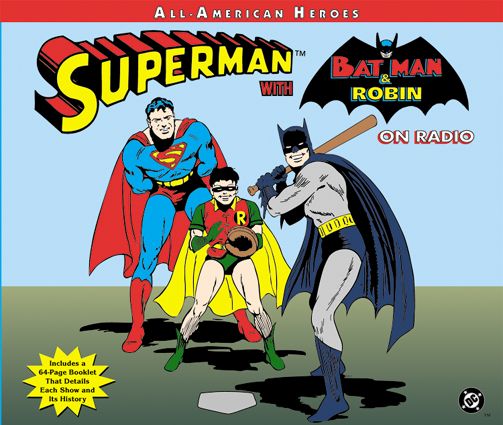 Playing Superman five times a week (not to mention the other shows on which he acted) gave Bud Collyer little time for R&R, so the creative team behind The Adventures of Superman actively sought ways to allow their star to get a breather now and then. One of these methods was the introduction of Kryptonite, a metal that originated from Superman’s home planet that was the only substance capable of sapping The Man of Steel’s strength and phenomenal superpowers. Then the most ingenious of plot devices was introduced on March 2, 1945: in the Superman story arc “The Mystery of the Waxmen,” Robin (portrayed by Ronald Liss) asks Superman to assist him in tracking down the parties responsible for kidnapping Batman. Batman would eventually be played by Matt Crowley, though OTR veteran Stacy Harris and Gary Merrill (yes, that Gary Merrill) would later tackle the role.

In September’s “Dr. Blythe’s Confidence Gang,” Superman again teamed up with Batman to defeat a crime ring and later in December, Batman (and Robin) made an appearance in “Looking for Kryptonite,” a story arc that allows Supe to learn Batman’s real identity of millionaire Bruce Wayne. “Is There Another Superman?” (February 1946), “The Story of the Century” (April 1946), and “Horatio F. Horn: Detective” (July 1946) all featured appearances from the Dynamic Duo, with many more to follow.

Despite the frequency of his appearances on radio’s The Adventures of Superman, the character of Batman was never considered for a show of his own, although an audition for a series called The Batman Mystery Club was produced in September of 1950 (and that recording exists today). The two individuals responsible for DC’s “bread-and-butter” would go on to make multiple appearances together in the company’s World’s Best Comics and World’s Finest Comics franchises…and famously in the 2016 feature film Batman v Superman: Dawn of Justice. 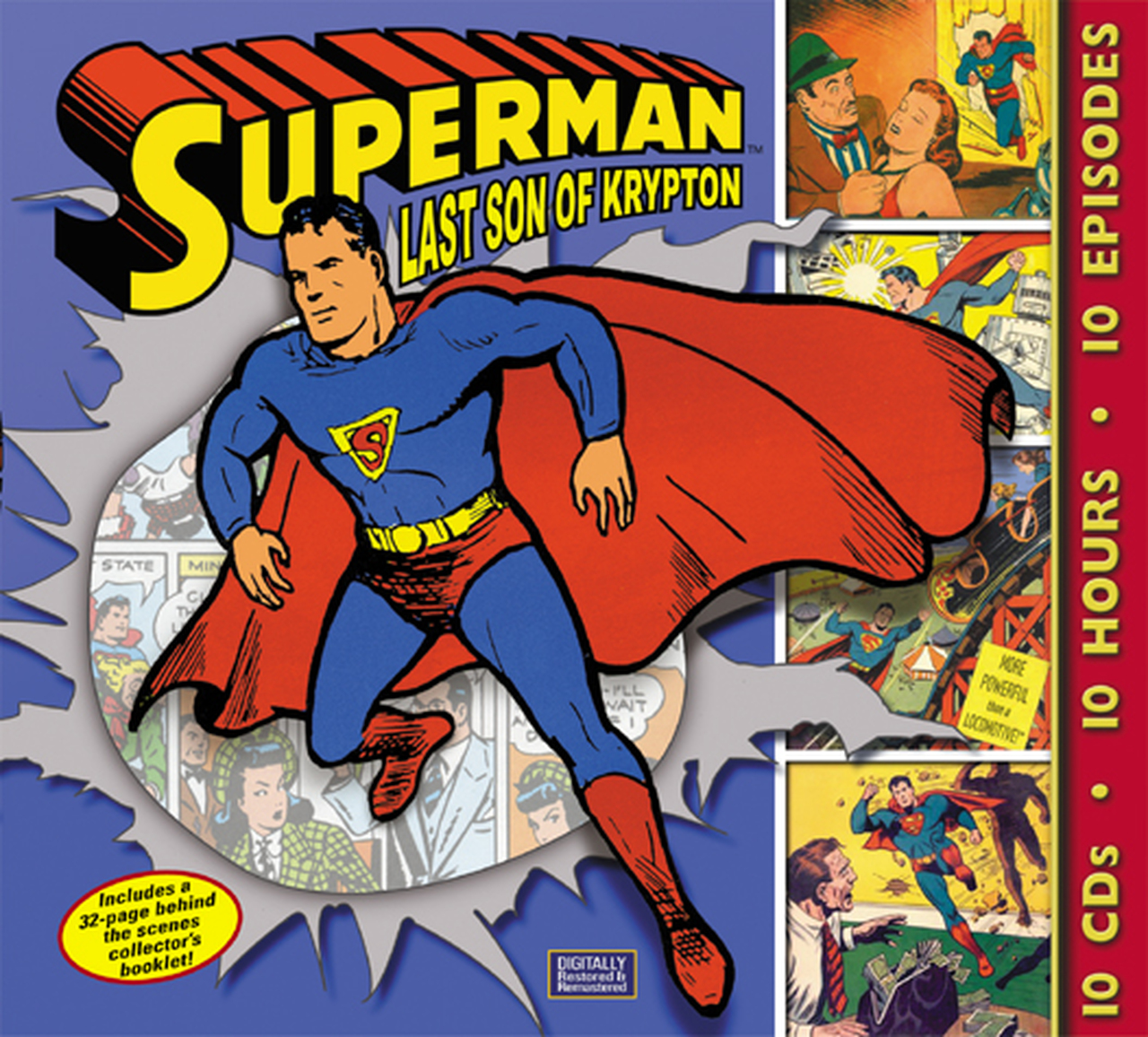 If your appetite for The Adventures of Superman has been whetted by this stroll down Memory Lane, Radio Spirits offers up its Superman: Last Son of Krypton collection for your edification, featuring rare half-hour shows from its 1949 Mutual Radio run.