"Faster than a speeding bullet," the Man of Steel rocketed from comic books in to newspapers, on to television, and even on to the silver screen. But, many of the key figures in the Superman mythology were first introduced on the radio series as he kept the citizens of Metropolis out of harm’s way.

Now, Radio Spirits introduces 10 hours of classic episodes, originally broadcast between 1948 - 1949, that have never before been released! As a special bonus feature, this collection also contains a 32-page collectible booklet about the character who put the Super in Super Hero and “leads a never-ending battle for truth, justice, and the American way!” “Look! Up in the sky! It’s a bird! It’s a plane! It’s Superman!” 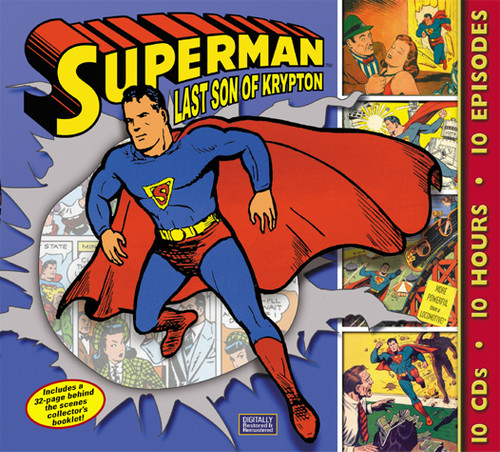