According to an anecdote in Leonard Maltin’s The Great American Broadcast, director-producer Himan Brown (who would later make his name frightening audiences with the successful radio program Inner Sanctum Mysteries) stumbled onto some interesting news in 1941. Metro-Goldwyn-Mayer had bought all of the rights associated with author Dashiell Hammett’s novel The Thin Man with one glaring exception—they did not control the radio rights. As such, the enterprising Brown was able to negotiate with Hammett’s agent, Leland Hayward, to bring Hammett’s creation to the airwaves. Although the price tag was steep ($750 a week), it turned out to be a smart investment when The Adventures of the Thin Man premiered over NBC Radio on this date in 1941 as a half-hour mystery thriller sponsored by Woodbury Soap.

Dashiell Hammett’s last novel, The Thin Man, was published in 1934 (after having originally appeared in the pages of Redbook in December of 1933). Many Hammett fans consider it to be the weakest of his books and yet it was a financial windfall for the author when M-G-M brought an adaptation of it to the silver screen. William Powell and Myrna Loy starred as Hammett’s characters, Nick and Nora Charles. The Charleses were loosely based on Hammett and his lover, author Lillian Hellman, and were a married couple (he a retired detective, she a wealthy socialite) who solved the murder of an eccentric inventor while engaged in the extracurricular activity of drinking in hotel rooms and bars. The success of The Thin Man led to a sequel, After the Thin Man, in 1936 and four additional features followed between 1939 and 1947: Another Thin Man, Shadow of the Thin Man, The Thin Man Goes Home, and Song of the Thin Man. 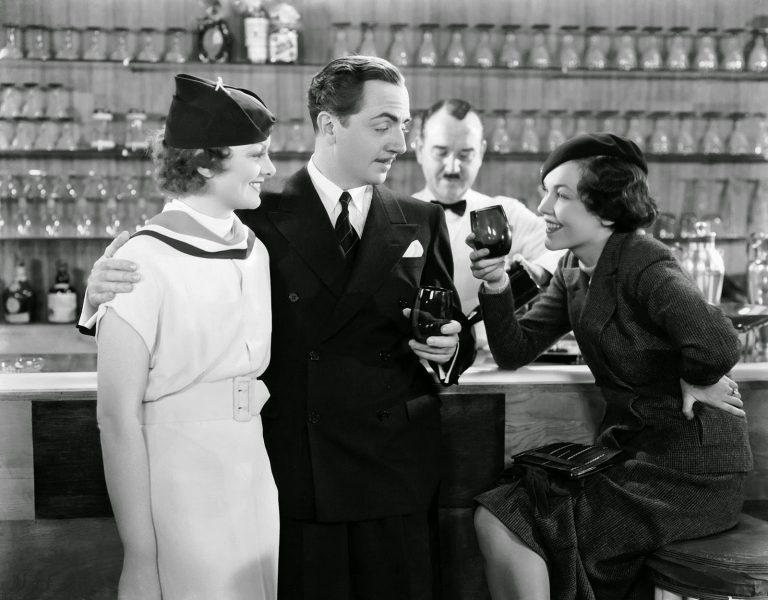 The radio version of The Thin Man was fashioned to ape the Nick and Nora of movie fame. Les Damon (Nick) and Claudia Morgan (Nora) were pressed upon to impersonate William Powell and Myrna Loy. They were so successful that listeners of the program were convinced it really was Powell and Loy. According to author John Dunning, “The Thin Man gave its listeners all the censor would allow.” There were objections from radio critics as to the show’s suggestive nature, but the audience certainly didn’t seem to mind. “This was pure radio,” notes Dunning, “imagery carried through dialogue and sound with no narration necessary.”

Actor Les Damon would play Nick Charles until 1943 and then Les Tremayne assumed the role until 1944, when he was replaced by David Gothard. Tremayne returned in 1945, then Damon was back the following year (1946-47), followed again by Tremayne (1948-49) until Joseph Curtin (who had played Jerry North on the similar “married-couple-and-mystery” Mr. and Mrs. North) finished out when the series rang down the curtain in 1950. As for Charles, Claudia Morgan was Nora throughout the entire run of The Adventures of The Thin Man and was joined by Parker Fennelly as “Sheriff Ebenezer Williams of Crabtree County” throughout, Sheriff Williams being an old friend of Nick’s who gave his former partner a necessary assist in the crime solving. (Williams sounded very similar to Fennelly’s “Titus Moody” from The Fred Allen Show.) 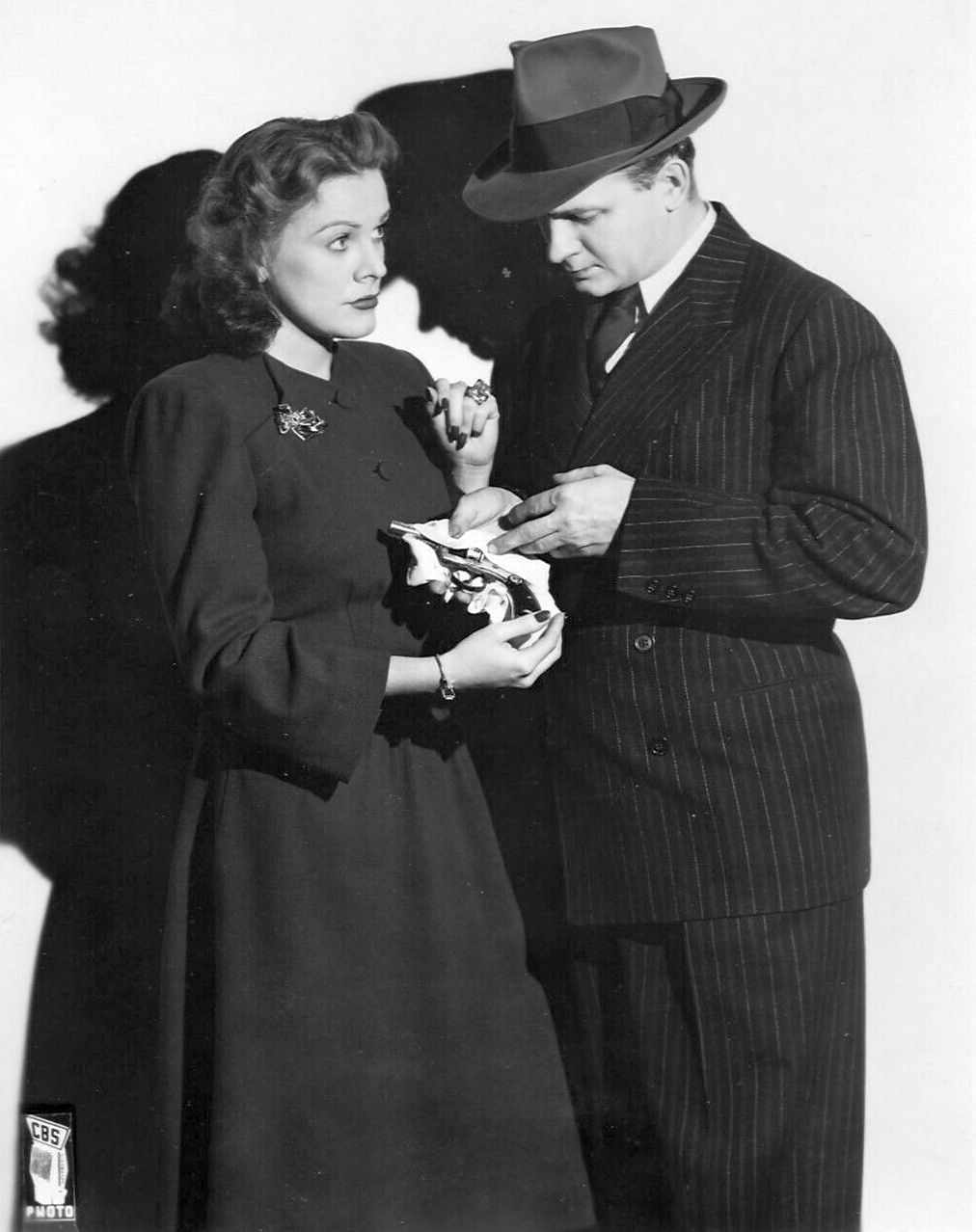 The Adventures of the Thin Man moved from its original NBC home to CBS on January 8, 1943 where it acquired its best-remembered sponsor in General Foods (Post Toasties, Maxwell House, Sanka) and ran until December 26, 1947. It returned to NBC in June of 1948 for the summer as The New Adventures of the Thin Man (for Pabst Blue Ribbon) and then in October switched to Mutual for Kaiser-Frazier. The Adventures of the Thin Man would have its final run from June 23 to September 1, 1950 on ABC Radio, heard on Friday nights for Heinz Foods. The Thin Man later made the move to the small screen in the fall of 1957 with a popular series starring Peter Lawford as Nick and Phyllis Kirk as Nora, lasting two seasons. Through it all, the Charles’ faithful dog Asta was with them on radio and TV—did you know that the male wire-haired terrier of movie fame was a female Schnauzer in the original novel? Believe it or not! 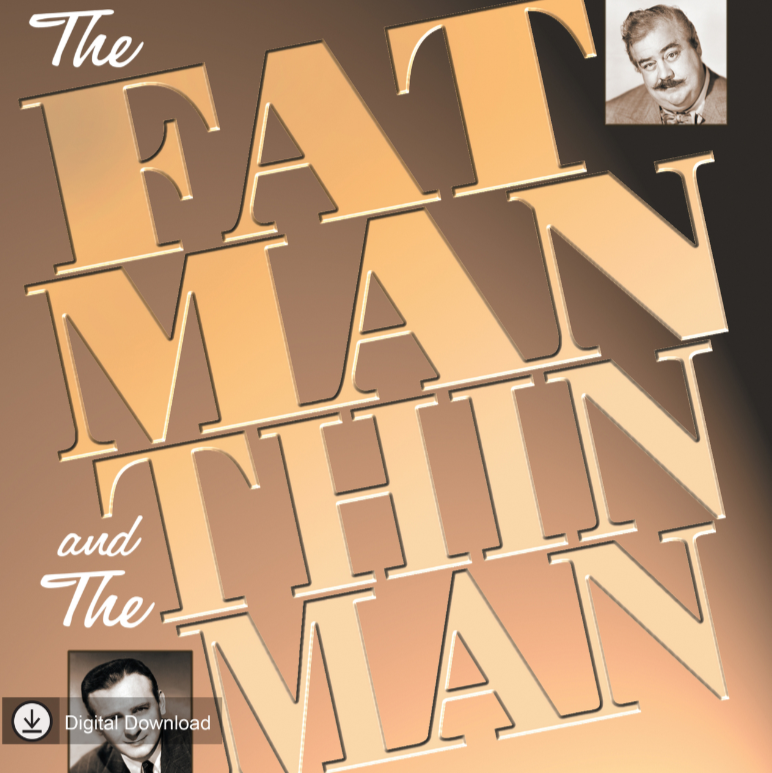 Time was not kind to The Adventures of the Thin Man; only a handful of broadcasts have survived but you can find two of them, “The Case of the Wandering Corpse” (10-10-43) and “The Passionate Palooka” (07-06-48), on our digital downloads collection of The Fat Man and The Thin Man. This set also features a production of The Lux Radio Theatre from June 6, 1936 which brings the silver screen’s Nick and Nora, William Powell and Myrna Loy, in front of the radio microphones.