The man born Reed Herring on this date in Petrolia, Texas in 1911 had one of the most instantly recognizable voices in show business. Actor Reed Hadley was the go-to man for narrating film noirs; you can hear his stentorian tones in such movies as The House on 92nd Street (1945), 13 Rue Madeleine (1946), Boomerang! (1947), T-Men (1947), Canon City (1948), Walk a Crooked Mile (1948), He Walked by Night (1948), and The Killer That Stalked New York (1950). (Reed also appeared in front of the camera, in noirs like Leave Her to Heaven [1945] and The Dark Corner [1946].) Hadley had the ideal voice for radio and racked a number of credits in the aural medium (he’s best known for playing Red Ryder) while in later years he became a most familiar small screen face on TV.


Though born in the Lone Star State, Reed Hadley was raised in Buffalo, NY, where he attended and graduated Bennett High School. Although he performed in various little theatres, Reed’s decision to pursue a full-time acting career came about as a fluke. He was working as a floorwalker in a Buffalo department store when he decided to take a two-week vacation in the Big Apple in 1936. Hadley dropped into a New York theatre on the off chance he might catch the great John Gielgud rehearsing Hamlet…but because the actor portraying “Fortinbras” was a no-show, producer Guthrie McClintic asked Reed if he was up to playing the role. Hadley fell back on his high school experience and agreed to take the part—five minutes earlier or five minutes later and he probably would have gone back to floorwalking.

With a voice and presence like Reed Hadley’s, it was only a matter of time before Hollywood came calling. Reed made his credited film debut in 1938 with Hollywood Stadium Mystery. That same year, Hadley nabbed a role in the cliffhanger serial The Great Adventures of Wild Bill Hickok, allowing him to become a familiar Saturday matinee face in such chapter plays as The Adventures of Captain Marvel (1941), Sky Raiders (1941), and Sea Raiders (1941). His greatest serial fame, however, would be as Don Diego Vega—who masqueraded as Zorro in 1939’s Zorro’s Fighting Legion. Legion is considered by serial devotees to be one of the finest ever produced. 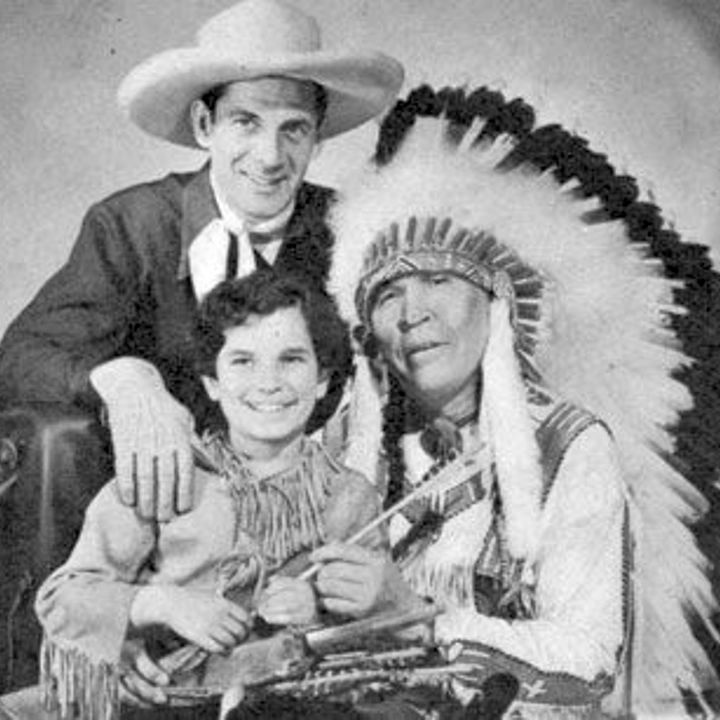 Reed Hadley was making a good living appearing as both a hero and heavy in features like Calling Dr. Kildare (1939), Meet the Wildcat (1940), Whistling in the Dark (1941), Look Who’s Laughing (1941—with Fibber McGee & Molly!), and Arizona Terrors (1942). What really provided a boost to Reed’s film career, however, was winning the title role on the radio program The Adventures of Red Ryder, a series based on Fred Harman’s comic strip hero that debuted over NBC on February 3, 1942 (the program later moved to Mutual). Hadley would portray Red until 1944, when Carlton KaDell took over. Reed’s other starring radio gig was on the 1949-53 Western series Frontier Town, in which he replaced star Jeff “Tex” Chandler in the role of lawyer Chad Remington. Other shows on Hadley’s radio resume include Big Town, The Cavalcade of America, Family Theatre, Hollywood Star Time, The Lady Esther Screen Guild Theatre, The Lux Radio Theatre, Mike Malloy, Private Cop, The Silver Theatre, Stars in the Air, Suspense, and Tales of the Texas Rangers. 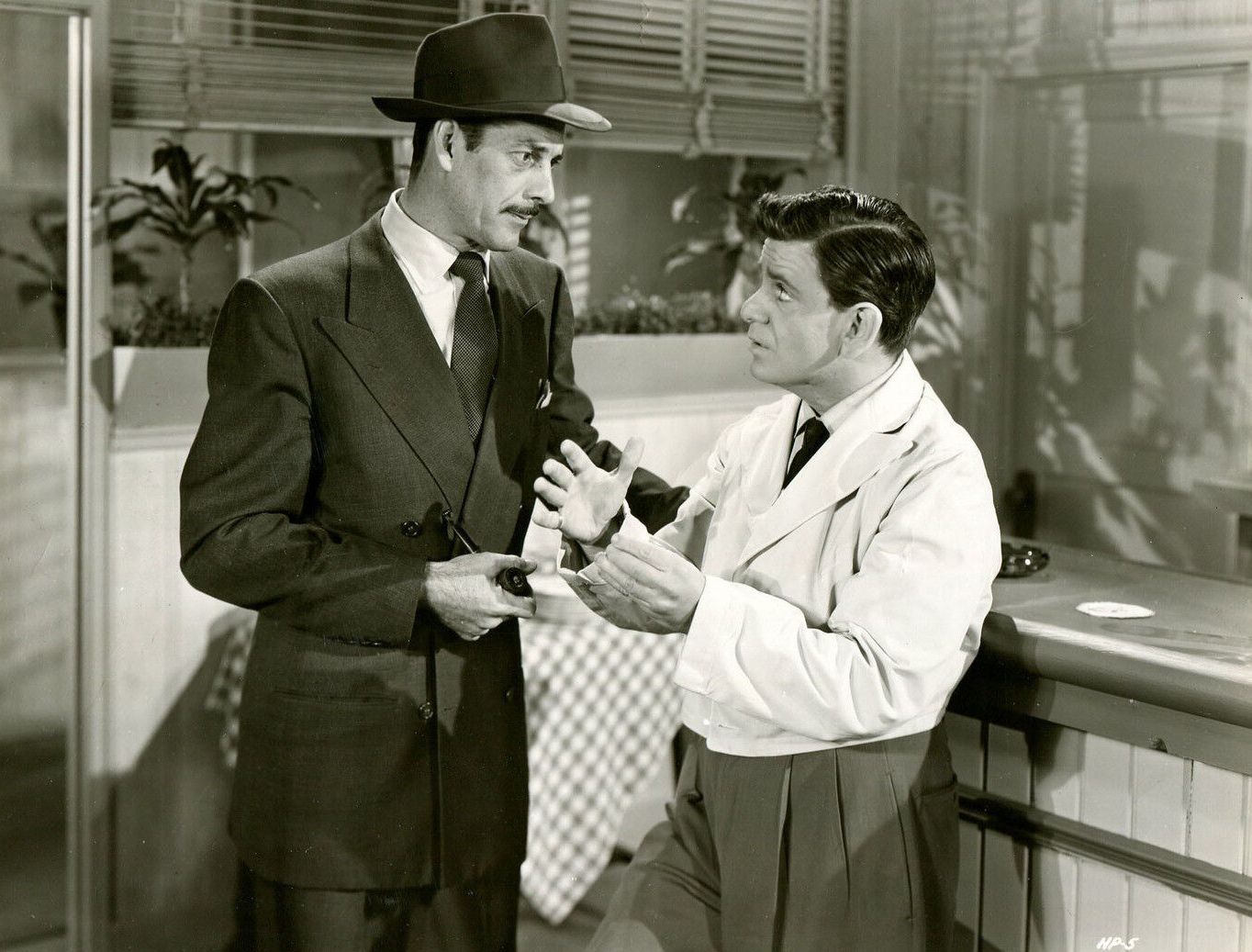 Reed Hadley’s follow-up series, Public Defender, premiered on CBS on March 11, 1954 (as a summer replacement for Philip Morris Playhouse) and ran until June 23, 1955 for a total of 69 episodes. Hadley was still on the right side of the law, this time as “Bart Matthews,” a public defender (at a time when the concept of a public defender was limited to mostly capital crime cases) dedicated to advocating for the rights of the indigent. Defender would be Reed’s last regular series; the actor would later be content with guest-starring on such popular programs as Bat Masterson, Perry Mason, Rawhide, The Red Skelton Hour, The Restless Gun, Sea Hunt, The Texan, and Wagon Train. 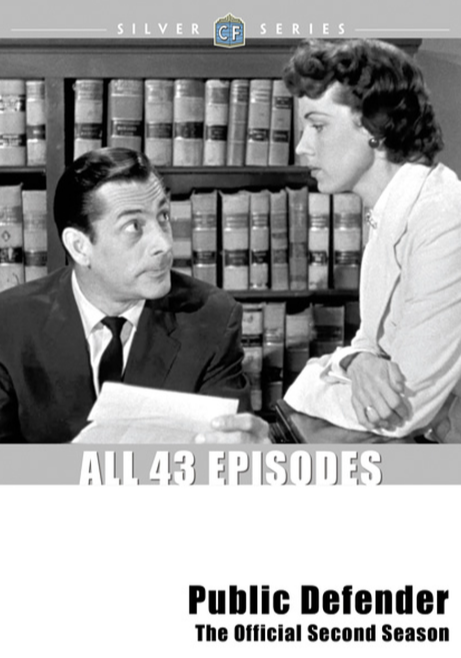 One of Reed Hadley’s signature TV roles, that of Bart Matthews on Public Defender, is available on DVD from Radio Spirits in Public Defender: The Official Second Season, which contains all 43 episodes from the series’ sophomore year. (The first season DVD is out-of-print, but a collection featuring the entire series is due out soon.) You can also hear our birthday boy on a June 18, 1942 broadcast (“Adventure in Geneva”) of Big Town in the CD collection Blind Justice. Happy birthday, Reed!