A September 1935 edition of Radio Mirror spotlights child stars on the radio in one of its articles, mentioning such talents as Walter Tetley and Billy Halop. Billy wasn’t the only member of the Halop clan putting groceries on the table by standing in front of a microphone. His sister Florence (born on this date in 1923 in Jamaica, Queens, New York) was a radio veteran at the age of four. When Billy played the title role on the popular juvenile western-drama Bobby Benson and the H-Bar-O Rangers, Florence was a regular on the same show as “Polly Armstead.” The Radio Mirror article notes that Florence once competed with five other actresses for a role on The March of Time that required a first-rate Mae West impersonation…and Flo beat all of them out for the part. "Try her again,” complained one of the women, perturbed at losing to a ten-year-old child. “It was probably just an accident that her voice sounded like Mae West's this time." Florence did a flawless West encore and removed all doubt–an impersonation that would come in handy later in her career, as we shall soon see.


Florence Halop was born into a theatrical family; her mother, Lucille, was a dancer. And I’ve already mentioned brother Billy, who would go on to later fame as one of the “Dead End Kids” in films like Dead End (1937) and Angels With Dirty Faces (1938). “The youngest star of the National Broadcasting Company” heralded a newspaper article in 1931, as Florence started to build up a radio resume that included stints on such programs as The Albert Peyton Terhune Dog Show, The Chick Chick Program, The Children’s Hour, Coast-to-Coast on a Bus, Let’s Pretend, March of Games, Our Magic Circle, Wheatenaville News, and The Wonder Show. 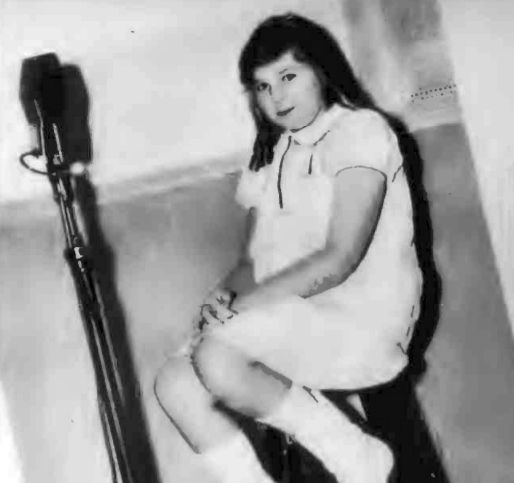 Florence Halop’s brother Billy appeared alongside her in several of the programs mentioned above and Flo, in turn, has a small role as “Mary” in Junior G-Men (1940), a Universal cliffhanger serial that also starred Billy’s fellow “Dead End” compadres Huntz Hall, Gabriel Dell, and Bernard Punsly. Florence’s only other motion picture appearance was an uncredited part as “Phyllis Gimble” in Nancy Drew… Reporter (1939), one of the vehicles in the brief Nancy Drew franchise produced by Warner Brothers. Truth be told, Halop was quite busy in radio, appearing on such shows as Dr. Christian and The Cavalcade of America. From July 6 to August 24, 1943, Florence was a cast member on Meet the Colonel, a half-hour CBS sitcom starring F. Chase Taylor as his “Colonel Stoopnagle” character. One newspaper columnist remarked that Halop was “a young lady who is not Shirley Booth but who sounds so much like her that Miss Booth should be getting royalties.”

As such, it was only fitting that Florence Halop took over for Shirley Booth when Booth left the popular Duffy’s Tavern in 1943 (Shirley was the one-time spouse of Ed Gardner, the program’s star). The story goes that Florence landed the Miss Duffy role with an audition record that fooled the newest Mrs. (Simone) Gardner into thinking she was listening to Shirley Booth. Ed insisted to anyone who’d listen that Booth’s replacement would have to hail from Brooklyn because “that Brooklyn twist just about has to be real.” Unfortunately for “Archie the Manager,” Florence grew up on Long Island and attended the Professional Children’s School in Manhattan as a tot. Halop was also the polar opposite of the Miss Duffy character in that she spoke fluent French and was a devotee of classical music. Still, she was a most welcomed presence on Duffy’s (she played Miss Duffy from 1943 to 1944 and again in 1947-49); Gardner later lamented that the many actresses that followed Flo were never really able to measure up to her interpretation of the role. 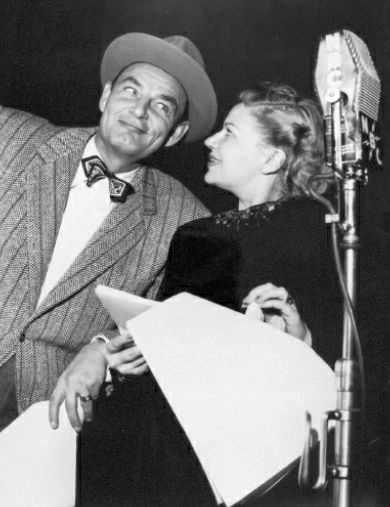 Florence Halop would later appear as a regular (as “Hortense”) on The Henry Morgan Show, but she also made excellent use of that Mae West impression on The Jimmy Durante Show, where she played the West-like “Hotbreath Houlihan” (“Relax, boys…it’s Hotbreath Houlihan…”). In addition, Flo had regular stints on Easy Aces, The Jack Paar Program, Joan Davis Time, Shorty Bell (as waitress Irene Brown), and Sweeney and March. Rounding out Halop’s voluminous radio c.v. are appearances on The Adventures of Christopher London, The Adventures of the Falcon, The Adventures of Frank Race, The Baby Snooks Show, Everything Goes, Frontier Town, Gang Busters, The Lux Radio Theatre, My Favorite Husband, Now is the Time, The Phil Harris-Alice Faye Show, Screen Directors’ Playhouse, and The Sportsman’s Club.

Like so many of her radio brethren and sistren, Florence Halop started to make inroads into television; she was a regular on Don Ameche’s Musical Playhouse and made guest appearances on shows like I Love Lucy and Goodyear Playhouse. Flo got major exposure with a role on Meet Millie, a situation comedy that had origins on radio. It featured Audrey Totter playing Millie Bronson, a dizzy secretary not too far removed from the one Marie Wilson played on My Friend Irma. When Millie transitioned to TV in the fall of 1952, Elena Verdugo replaced Totter as Millie (Totter’s home studio of M-G-M forbade her to go on television) and the part of her mother (originally essayed by Bea Benaderet on radio) went to Florence. Florence was twenty-nine at the time she started playing “Mamma Bronson” and since the character was in her late 40s/early 50s the actress spent a considerable amount of time in the makeup chair. Meet Millie was never a critics’ favorite, but it did last four seasons (the radio version closed up shop in 1954, with Flo playing the mother role on occasion). 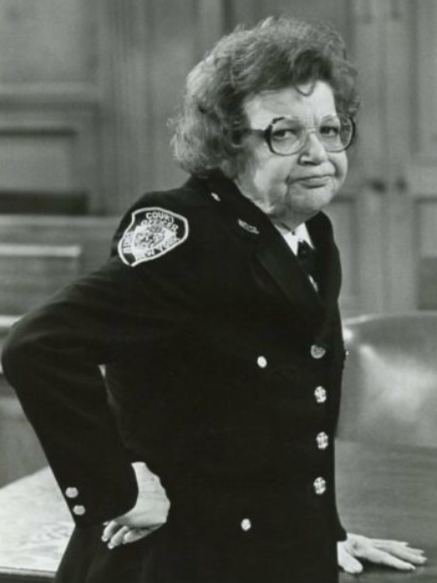 Florence Halop’s television career was highlighted by many guest appearances on favorites like The Alfred Hitchcock Hour, The Danny Thomas Show, The Dick Van Dyke Show, I Spy, That Girl, and The Untouchables. In the 1970s she contributed voice work to animated series like Wait Till Your Father Gets Home and Captain Caveman and the Teen Angels while making recurring appearances on the likes of Angie, Archie Bunker’s Place, Barney Miller, The Betty White Show, and The Mary Tyler Moore Hour. In 1984, Florence landed the role that cemented her TV immortality: she was originally scheduled to appear on St. Elsewhere for one episode as the nettlesome patient Mrs. Hufnagel, but her character was so well-received that the show’s creative staff worked her into seventeen additional installments before giving her one of the small screen’s most unforgettable demises. Her Elsewhere work helped her land the role of Florence Kleiner, a feisty bailiff on the sitcom Night Court…which was her final TV work before her passing in 1986 at the age of 63. 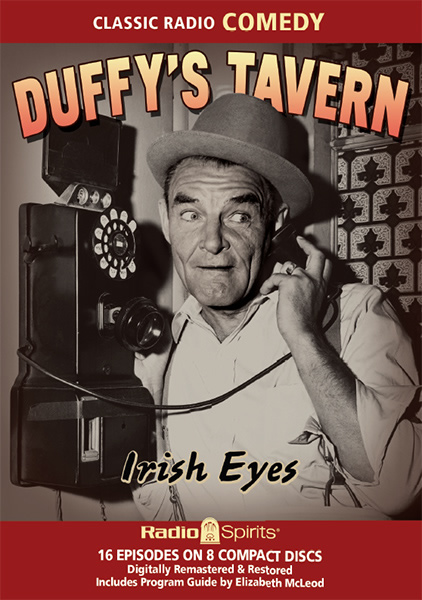 Florence Halop’s signature role of “Miss Duffy” is on full display in the Radio Spirits collections of the iconic radio sitcom Duffy’s Tavern: Duffy Ain’t Here and Irish Eyes. You can also hear today’s birthday gal on a June 1, 1949 Tavern broadcast on Great Radio Comedy and listen to her clown with Jimmy Durante (in person!) on The Jimmy Durante Show. In our digital downloads store, Flo can be heard in the collections The Falcon: Private Eye to Super Spy, Gang Busters: Crime Wave, Henry Morgan, and The Phil Harris-Alice Faye Show: Wonga. Happy birthday to you, Florence!