Although there was certainly a note of melancholy involved, replacing the departed Barton Yarborough as Jack Webb’s new partner on Dragnet (as Sgt. Ed Jacobs) must have been a dream assignment for actor Barney Phillips. Barney was no stranger to the program; he’d played a few “heavies” on the radio version and portrayed “Battalion Chief Sam Erickson” on the show’s inaugural small screen installment, “The Human Bomb.” Still, the actor born Bernard Philip Ofner on this date in St. Louis, Missouri in 1913 had a formidable obstacle to overcome: though he was shorter than the show’s star, Phillips’ stocky, jowly appearance was a little too close to that of Jack Webb’s.

This wouldn’t have been a problem on radio…but where television was concerned, it was an entirely different story (one in which the names were not changed to protect the innocent). Barney Phillips decided to establish a contrast between his character and Webb’s Friday by donning spectacles and adding a touch of grey to his hair. In the end, Barney’s “disguise” didn’t help—Sgt. Jacobs was only around long enough to make “How’s your mom, Ed?” a running joke in MAD Magazine. Herb Ellis, who played “Officer Frank Smith” before being replaced by the now-iconic Ben Alexander, opined to author Michael J. Hayde (My Name’s Friday: The Unauthorized But True Story of Dragnet and the Films of Jack Webb) the real reason why Phillips was “transferred,” and it was as simple as a close-up: “Barney Phillips had a habit of wetting his lips between each line, when ostensibly the next person was speaking. So Jack could never cut to him for a facial reaction.” As you’ve no doubt surmised, Barney didn’t have to clip coupons: he remained one of the busiest actors in the business. 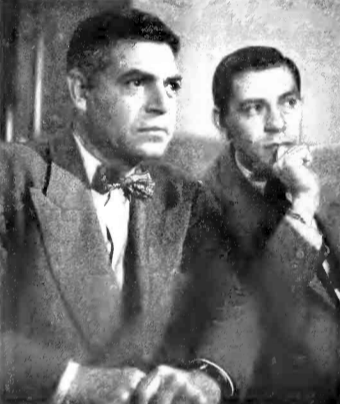 Raised and educated in “The Gateway to the West,” Barney Phillips later moved to Los Angeles, California and graduated from college in 1935. Barney decided to try acting, having dabbled in the performing arts as a student, and joined a Shakespeare troupe at the Globe Theatre in San Diego. A small role in a 1937 Buck Jones Universal Western (billed as “Bernard Phillips”), Black Aces, would mark his first true professional “gig.” Phillips was also starting to use his perfect-for-radio voice on programs like Doctor Christian, but his thespic career—which included appearing in the 1940-41 Broadway revue Meet the People—was put on hold when he enlisted in the U.S. Army in July of 1941. During World War II, he served in the signal corps.

Back in civilian life, Barney Phillips began working in front of a microphone in earnest, appearing on programs like The Abbott and Costello Kids Show, The Adventures of Frank Race, The Adventures of Philip Marlowe, The Adventures of the Saint, The Cavalcade of America, Dark Venture, Diary of Fate, Ellery Queen, Encore Theatre, Escape, Let George Do It, The Lux Radio Theatre, The Railroad Hour, Stars Over Hollywood, Straight Arrow, and The Whistler. On Hawk Larabee, a 1946-48 attempt by CBS to initiate an “adult” Western, Phillips had a short co-starring stint as “Somber Jones,” sidekick to the titular hero. 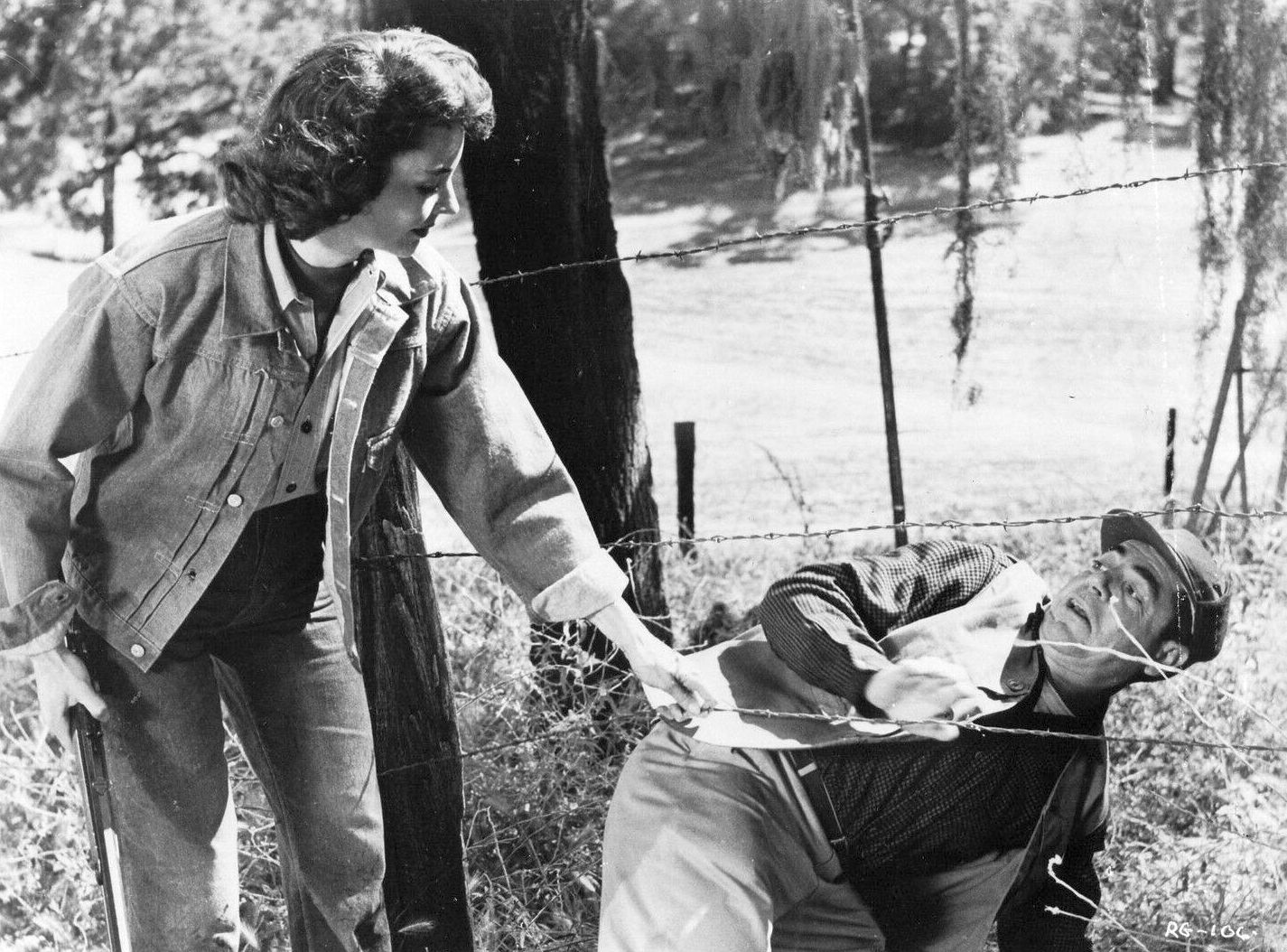 As previously noted, Barney Phillips was a Dragnet co-star briefly…but he had plenty to occupy himself in the interim. (It wasn’t always easy: sometime after getting his pink slip, Phillips remembered walking into a producer’s office…only to have the man greet him with “My God! I thought you were dead!”) He was a frequent presence on radio’s Gunsmoke, where his resonant and distinctive voice made him an ideal villain—director-producer Norman Macdonnell also used Barney on Fort Laramie, Have Gun – Will Travel, and Romance. In turn, Elliott Lewis called upon Barney to play roles on Broadway’s My Beat, The CBS Radio Workshop, Crime Classics, On Stage, and Suspense. (Lewis would also cast Phillips in his attempt to revive radio drama in the 1970s, The Sears Radio Theatre.) On Rocky Fortune, Barney had the recurring role of NYPD Sergeant Hamilton J. Finger, the police nemesis of the titular jack-of-all-trades played by Frank Sinatra.

Rounding out Barney Phillips’ radio resume (it’s a lengthy one!): The Adventures of Maisie, Barrie Craig, Confidential Investigator, The Bob Hope Show, The Cisco Kid, Confession, The Couple Next Door, Cousin Willie, Dangerous Assignment, Defense Attorney, Family Theatre, Father Knows Best, Fibber McGee and Molly, Frontier Gentleman, The Hallmark Hall of Fame, The Halls of Ivy, I Was a Communist For the FBI, Inheritance, The Line-Up, Luke Slaughter of Tombstone, The Man from Homicide, Meet Mr. McNutley, Mr. President, NBC Presents: Short Story, The New Adventures of Nero Wolfe, The Pendleton Story, Presenting Charles Boyer, Retribution, Richard Diamond, Private Detective, The Six-Shooter, Somebody Knows, The Story of Doctor Kildare, Tales of the Texas Rangers, This is Your FBI, Wild Bill Hickok, and (you knew this would be on the list) Yours Truly, Johnny Dollar. 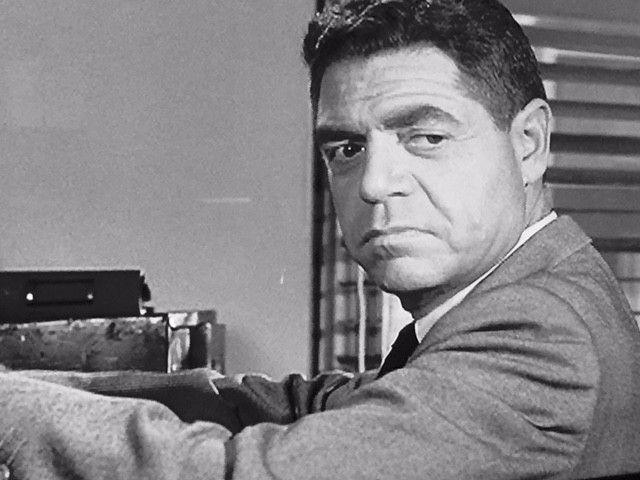 After his work on the TV Dragnet, Barney Phillips made the rounds on many of the popular shows of the day: The Adventures of Ozzie and Harriet, I Love Lucy, I Married Joan, M Squad, The Millionaire, Our Miss Brooks, and Peter Gunn. He also had a memorable turn on The Twilight Zone, where his role as a counterman in the classic episode “Will the Real Martian Please Stand Up?” won him many, many fans (that’s where the photo at the top of this post originates). In the 1960s, Barney had recurring roles on The Brothers Brannigan, The Felony Squad, Johnny Midnight (starring Edmond O’Brien), The Life and Legend of Wyatt Earp, and most notably 12 O’Clock High, on which he played sardonic flight surgeon Major Donald ‘Doc’ Kaiser. Phillips would also guest star on such favorites as The Andy Griffith Show, The Dick Van Dyke Show, The Fugitive, Gunsmoke, Have Gun – Will Travel, and Perry Mason.

Some of Barney Phillips’ television work harkened back to his radio days. He provided the voice of Shazzan!, a cartoon genie that was a Saturday morning favorite back in 1967. Phillips would also contribute voicework to animated shows such as The Three Musketeers (a segment on The Banana Splits Adventure Hour), The Funky Phantom, Josie and the Pussycats in Outer Space, Devlin, and Jana of the Jungle. Barney continued to work on TV shows like Dan August (where he had a recurring role), Cade’s County (also recurring), Cannon, Lou Grant, and The Dukes of Hazzard throughout the 1970s and 1980s. One of Barney’s last high-profile roles before his passing in 1982 (at the age of 68) was on the criminally underrated The Betty White Show; he played the fidgety “Fletcher Huff,” a veteran actor playing the police chief on the fictional TV program Undercover Woman. 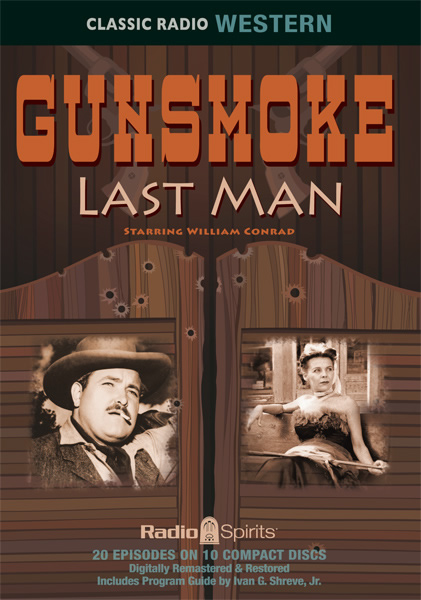 When I was researching Barney Phillips’ radio history, my first question after an hour or two was “When did this man find time to sleep?” Because here’s what Radio Spirits has on hand: you can hear much of his signature work on Gunsmoke with the collections Around Dodge City, Dead or Alive, Flashback, The Hunter, Killers & Spoilers, Last Man, and Snakebite. You’ll also hear Barney on our The Adventures of Philip Marlowe sets (The Adventures of Philip Marlowe, Lonely Canyons, Night Tide, and Sucker’s Road) and voluminous Yours Truly, Johnny Dollar compendiums (Confidential, Expense Account Submitted, Fabulous Freelance, Fatal Matters, Mysterious Matters, Wayward Matters). In addition, we have The Adventures of the Saint (The Saint is Heard), Broadway’s My Beat (The Loneliest Mile), The Couple Next Door, Crime Classics (The Hyland Files), Escape (Peril), Father Knows Best (Maple Street), Fort Laramie (Volumes One and Two), Frontier Gentleman (Frontier Gentleman, The Violent Years), Have Gun – Will Travel (Blind Courage, Dressed to Kill), I Was a Communist For the FBI (Sleeper, Undercover Man), The Line-Up (Witness), The New Adventures of Nero Wolfe (The New Adventures of Nero Wolfe, Parties for Death), Richard Diamond, Private Detective (Homicide Made Easy), Romance, The Six-Shooter (Gray Steel, Special Edition), Somebody Knows, and Stop the Press!.

Hey…where are you going? We’re just getting started! In our digital downloads store, we have The Adventures of the Saint (The Saint Goes Underground, The Saint Solves the Case), Christmas Radio Classics, Crime Classics, Dark Venture, Defense Attorney, Dragnet (The Big Blast, The Big Death), Escape (Essentials, High Adventure, Journey Into Fear, To the High Seas), Gunsmoke (Bloody Hands, The Round Up), The Halls of Ivy, Have Gun – Will Travel (Bitter Vengeance, Have Gun – Will Travel), Let George Do It (Cry Uncle, Let George Do It), The Man from Homicide, Radio Christmas Spirits, Rocky Fortune, Suspense (Around the World, Omnibus), The Whistler (The Eleventh Hour), and Yours Truly, Johnny Dollar (Murder Matters, Phantom Chases). You will find today’s birthday celebrant on all of these releases…and if you need help getting them out to the car, wait until I get my coat!