Actors Andy Devine and Broderick Crawford enthusiastically participated in their own stunts during the filming the 1940 Western When the Daltons Rode. One particular stunt almost sent Crawford to an early appointment outside the Pearly Gates. Brod was climbing out of a moving stagecoach (driven by Andy) when the lower step gave way. A quick-thinking Devine pulled Crawford into the high seat of the coach with one quick yank. Two days later, Andy repeated his heroics when a mishap on a narrow treadmill (the two men were riding horses for process shots in the studio) once again required him to come to Broderick’s rescue. That’s how the man born Andrew Vabre Devine on this date in 1905 saved the life of a future Academy Award winner…twice.

Andy Devine was born in Flagstaff, Arizona, but spent much of his life in nearby Kingsman (beginning when he was one year old). In later years, Andy would describe his scholastic experience as being a “four-letter man in school.” Devine attended St. Mary’s College in Leavenworth, Kansas, St. Benedict’s College in Atchison, Kansas, Northern Arizona State Teacher’s College (now Northern Arizona University) in his native Flagstaff, and Santa Clara University in Santa Clara, California. Andy played football constantly at these “halls of ivy” and at one time was playing semi-professionally as “Jeremiah Schwartz,” using the pseudonym in order to maintain his college football eligibility. (Some sources suggest “Jeremiah Schwartz” is Devine’s birth name. Not so.) 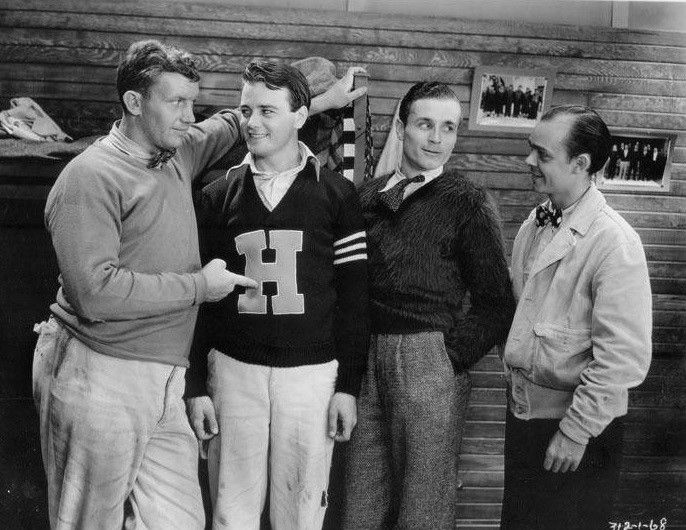 After graduating college, Andy Devine had ambitions of being an actor, and worked as a lifeguard at Hollywood-adjacent Venice Beach while waiting for his big break. Devine landed roles in notable silent features, including Lonesome, Red Lips, and Naughty Baby (all 1928). When motion pictures entered the talkie era, however, Andy anticipated problems. You see, a childhood accident—Devine told so many different accounts over the years no one really knows for sure how it happened—had left the actor with a high-pitched, raspy whine of a voice that, as it turns out, made him a shoo-in for character roles. His experience on the gridiron also put Andy in good stead in feature films of an athletic nature, like 1931’s The Spirit of Notre Dame. 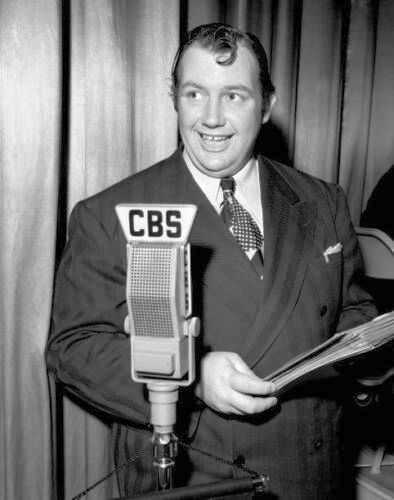 The 1930s also ushered in the beginning of Andy Devine’s successful radio career…and there was no greater venue for jump-starting this than a guest appearance on Jack Benny’s Jell-O Program in 1936. Benny’s writers invented an Old West lawman persona (“Buck” Benny) for their star and when Andy (as a fellow sheriff) greeted Jack with an enthusiastic “Hiya, Buck!” he not only created a ready-made catchphrase…he guaranteed semi-regular appearances for himself between 1936 and 1942 (and guest shots in the years that followed). Benny frequently introduced his guest as “the mayor of Van Nuys”—and he wasn’t just whistling Dixie, since Devine had been declared the town’s “honorary” mayor. Andy was also a frequent guest on radio’s Lum and Abner and became a regular when the fellas from Pine Ridge became prime-time stars in the fall of 1948 with their half-hour CBS program for Frigidaire. Other radio shows on which Devine appeared include Breakfast with Breneman, The Chesterfield Music Shop, Command Performance, The Fitch Bandwagon, G.I. Journal, The Gulf Screen Guild Theatre, Hedda Hopper’s Hollywood, Hollywood Hotel, Little Old Hollywood, Mail Call, The Phil Harris-Alice Faye Show, and The Rudy Vallee Sealtest Show.

Andy Devine was a most versatile actor. He could appear in “A” features like Torrid Zone (1940), Ali Baba and the Forty Thieves (1944), and Canyon Passage (1946). But he was equally at home with “second features” (B-movies); he made fourteen profitable films with Richard Arlen (Andy was a contract player at Universal) between 1939 and 1941. When Arlen departed the studio, Devine continued to make entertaining programmers with the likes of Dick Foran and Leo Carrillo. As the 1940s wore on, Andy became associated with “The King of the Cowboys,” Roy Rogers himself. Andy was “Cookie Bullfincher” in several of Roy’s popular oaters (Nighttime in Nevada, The Far Frontier) and, depending on the film, Cookie would be either a lawman or doctor.

Andy Devine was at his busiest in the 1950s. He portrayed “Jingles P. Jones,” the sidekick of Wild Bill Hickok (Guy Madison) in a popular TV Western that ran from 1951 to 1958, The Adventures of Wild Bill Hickok. Andy had previously played “Jingles” on a radio version of the series, heard over Mutual from 1951 to 1954, and then again in 1955 and 1956. Devine also took over from the titular star of Smilin’ Ed McConnell and His Buster Brown Gang (also a long-running radio favorite) when McConnell passed away in 1954. Andy’s version, Andy’s Gang, ran on Saturday mornings from 1955 to 1960. Yet Devine still had time to do the occasional motion picture with features like The Red Badge of Courage (1951) and Montana Belle (1952). The actor had two of his most memorable onscreen turns in this period. In Island in the Sky (1953), he’s the hero for a change (as a veteran pilot who helps in the search for a downed aircraft). In Pete Kelly’s Blues (1955), you get to see the darker side of Andy in this Jack Webb-directed film as a no-nonsense police detective.

Apart from his work on Wild Bill Hickok and Andy’s Gang, Andy Devine made guest appearances on small screen favorites like Wagon Train, The Twilight Zone, Burke’s Law, and Batman (as Santa Claus!). Devine was also a semi-regular in the first season of Flipper as “Hap Gorman.” His feature film appearances at this time included It’s a Mad Mad Mad Mad World (1963), Zebra in the Kitchen (1965), and Myra Breckinridge (1970). One of his final show business jobs was providing the voice of Friar Tuck in the 1973 Disney animated feature Robin Hood. Andy Devine passed away in 1977 at the age of 71. 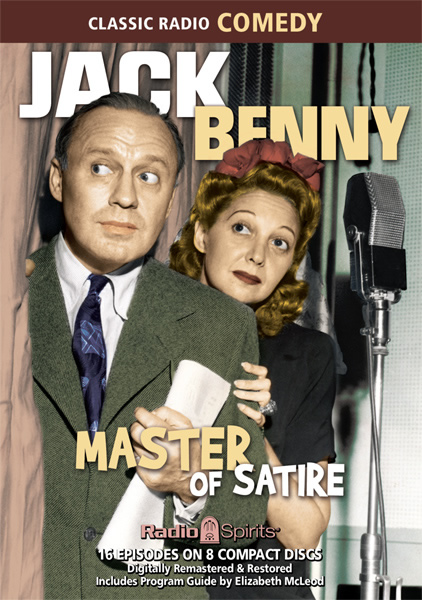 As we’re celebrating what would have been Andy Devine’s 116th birthday today, it’s incumbent upon us to remind you that we have plenty of the birthday boy’s classic appearances on The Jack Benny Program in our voluminous Radio Spirits inventory with such collections as The Great Outdoors, Master of Satire, The Sporting Life, and Tough Luck! You can hear Andy on Jack Benny vs. Fred Allen: The Feud as well. In our digital downloads store, there are the Jack Benny compendiums Oh Rochester! and Planes, Trains, and Automobiles and a classic Benny Yuletide broadcast on The Voices of Christmas Past. You’ll also hear Mr. Devine ho-ho-ho-ing on Christmas visits with Phil Harris and Alice Faye on Explain the Beer and Family Values. Happy birthday, Andy!