After a young boy's father is killed, he is raised by Indians and becomes White Eagle. He believes that the natives and the settlers can live together, and works to see that happen. However, a gang leader has his own reasons for not wanting peace – and he sets out to stir up as much trouble between the two groups as possible.

Chapters Include: Flaming Teepees; The Jail Delivery; The Dive Into Quicksand; The Warning Death Knife; Treachery At The Stockade; The Gun-Cane Murder; The Revealing Blotter; Bird-Calls of Deliverance; The Fake Telegram; Mystic Dots and Dashes; The Ear At The Window; The Massacre Invitation; The Frame-Up Showdown; The Fake Army General; Treachery Downed 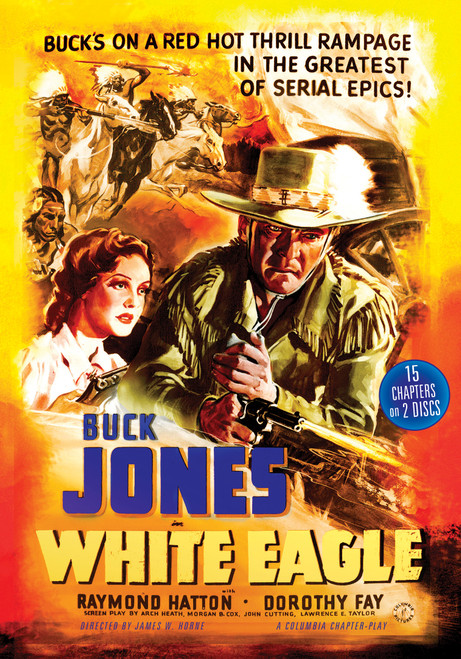