The Weird Circle aired from 1943 through 1947 over the Mutual Broadcasting System, adapting classic tales of horror by such acclaimed authors as Edgar Allan Poe, Charlotte Bronte and Mary Shelley. The Werewolf 05-07-44 A young boy relates the tale of a white wolf and the strange curse which has befallen an eastern European family.• Dr. Jekyll and Mr. Hyde 04-29-45 by Robert Louis Stevenson. Starring Berry Kroeger (Dr. Jekyll/Mr. Hyde). An idealistic doctor attempts to separate his own good and evil natures, but instead releases his depraved evil self with disastrous results. 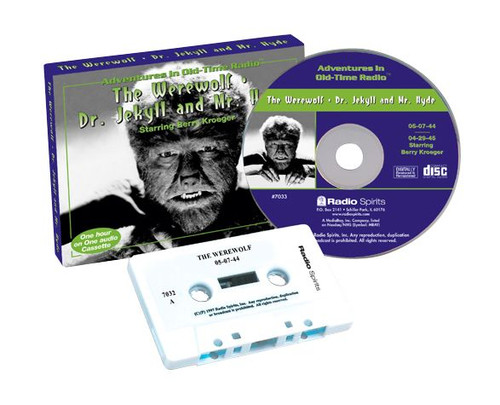