This classic cliffhanger from Universal Pictures has never had an official video release on any format…until now. Produced from the original studio film elements, this DVD collection includes all 12 episodes of the serial. Watch each exciting installment as a son avenges the death of his father. He develops a wide variety of complex devices to use in his crusade: ray guns, robots, and a vanishing belt. (In fact, this serial is believed to feature the very first appearance of a hand held ray gun on film.)

- Hurled From The Sky

- The Shadow of Death 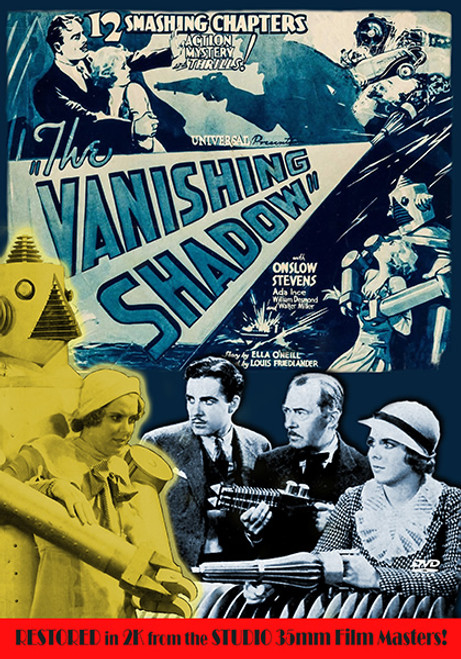