The Adventures Of Ozzie & Harriet: Season 8

For a record-breaking fourteen seasons and 435 episodes, The Adventures of Ozzie and Harriet aired on ABC-TV from 1952 through 1966, becoming one of the most cherished cultural touchstones of the twentieth century. The gentle humor of the prolific and popular sitcom was brought to the screen by the real-life Nelson family: Ozzie and wife Harriet with their sons, David and Rick, all portraying themselves in a trend-setting blend of fact-meets-fiction comedy.

The Adventures of Ozzie and Harriet humorously chronicled the daily lives of the Nelson family as David and Ricky grew up before millions of weekly viewers. For the very first time, in association with the Nelson family, the entire series has been digitally restored with complete episodes from the original film negatives and audio reels for superior picture and sound quality. â 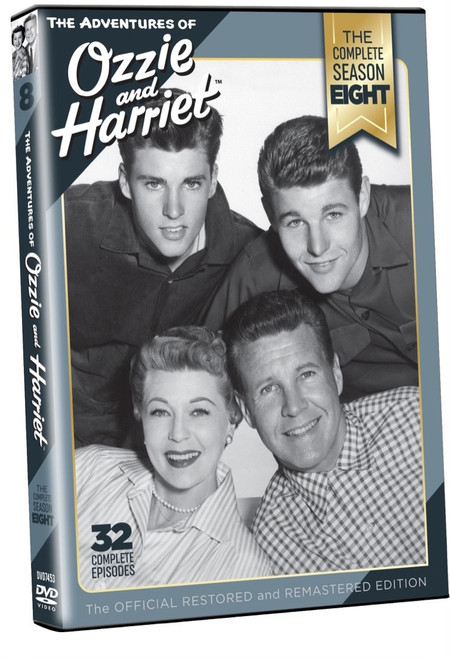 The Adventures Of Ozzie & Harriet: Season 8