Available now for the first time on DVD!

Based on the comic strip by Will Gould, this serial follows the adventures of tough guy police detective "Red" Barry (Buster Crabbe) in his quest to recover valuable stolen savings bonds.He finds that he has to deal with a gang of Russian crooks (featuring Edna Sedgewick and Stanley Price), a group of Chinese agents (headed by Cyril Delevanti), and a bunch of American racketeers (Frank Lackteen, Wheeler Oakman, and a young Tom Steele). He also has to contend with a hostile police commissioner (William Gould - no relation to the strip's creator) and a bumbling British sleuth named Valentine Vane (Hugh Huntley).

Despite all the trouble, "Red" manages to come out on top with the help of a female reporter named Mississippi (Frances Robinson) and Police Inspector "Scotty" Scott (Wade Boteler).

Crabbe was ideal as Barry, an unshakable and unconventional cop who didn't let protocol or "due process" mess with his investigations. 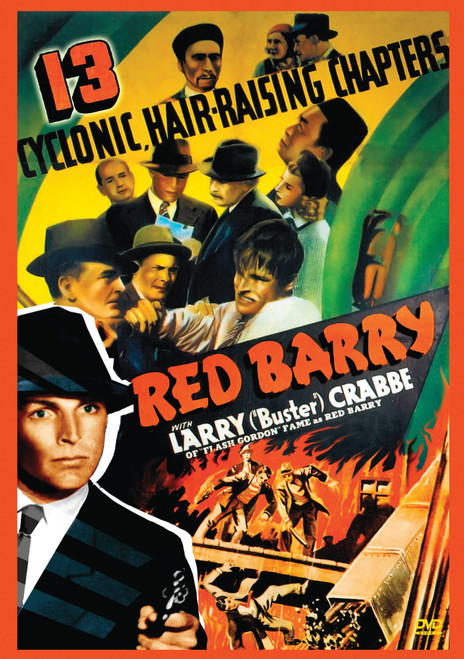