TV legend Valerie Harper stars in this mesmerizing thriller about a terrorized motorist. Carol (Harper) learns that her son has been hospitalized and is in serious condition several hundred miles away. Her husband (Michael Tolan) is out of town and cannot be reached. Desperate to be with her son, she's forced to start out alone on the long, barren drive from Phoenix to Denver. Very late at night and almost out of gas in an unfamiliar area, Carol notices a highway patrolman ticketing a speeding motorist. As she approaches them for directions to the nearest gas station, the officer is suddenly shot by the motorist. Carol drives off in terror…but not before the killer has seen her. The nerve-jangling events that follow tell the tale of Carol's frantic efforts to reach help before she's the killer's next victim. Night Terror (also known as Night Drive) was stylishly directed by television veteran E.W. Swackhamer. It features a stellar cast, including Richard Romanus, Nicolas Pryor, John Quade, Quinn Cummings, and Dinah Manoff. 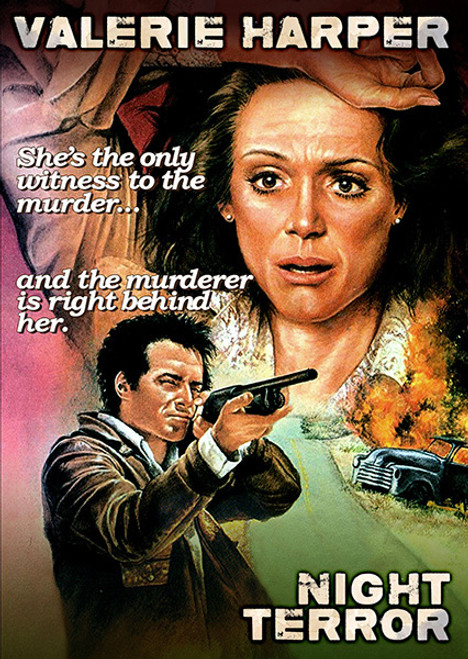