Jungle Jim is based on a comic strip by Alex Raymond, the creator of Flash Gordon. It was produced by Universal in 12 exciting thrill chapters.

Jungle Jim goes on a safari to darkest Africa to find an heiress who disappeared a few years earlier. It turns out that the heiress is not really lost, but has become the ruler of a tribe of natives. It also appears that she has fallen under the influence of a mysterious figure known as The Cobra, who holds some kind of evil dominion over her. With Jungle Jim's help, Joan escapes from The Cobra's spell…but now our hero and heroine must fight their way back to civilization against all manner of wild beasts and bad guys. 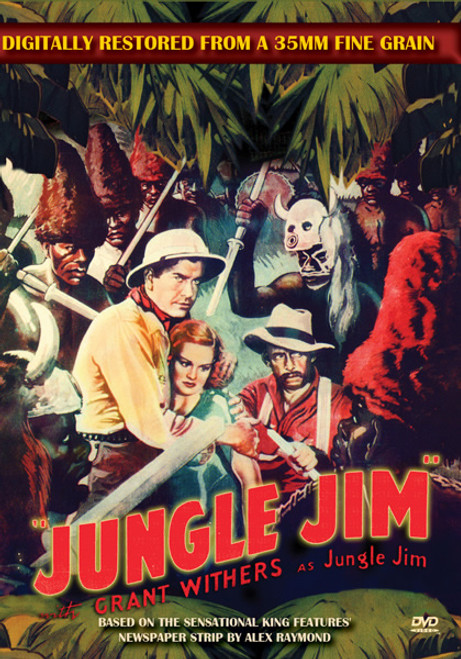