Jackie Gleason was ''must-see TV'' ages before anyone coined the phrase. In 1952, ''The Great One'' began hosting his own weekly CBS variety series, which included a fanciful array of characters of his own creation: aristocratic snob Reginald Van Gleason III, child-like Fenwick Babbitt, cocktail-loving Rum Dum, wise-cracking Joe the Bartender, the befuddled Poor Soul, loudmouth Charlie Bratton and, most famously, bombastic bus driver Ralph Kramden in "The Honeymooners" sketches. This special 70th anniversary commemoration of The Jackie Gleason Show brings together all of the legend's favorite characters in hours of rare material spanning the 1950s and 1960s. A full hour-long edition of The Jackie Gleason Show from 1953, with musical guest Peggy Lee, provides the opportunity to view the program as it originally aired - complete with vintage commercials and the spectacular June Taylor Dancers, who open the show. Comedic sidekick Art Carney makes a surprise appearance on a 1960 Gleason special in which he teams up with the star for a Ralph Kramden and Ed Norton reunion. Additionally, for the first time on home video, Gleason's 1962-1966 American Scene Magazine series is celebrated with a selection of favorite sketches, including long-lost segments of The Honeymooners. The subsequent 1966-1970 run of The Jackie Gleason Show is represented with seven more Honeymooners rarities and other surprises in color. The legacy and laughter of Jackie Gleason is further revealed in the 2006 documentary "Genius at Work," hosted by comic and lifelong fan Jeff Garlin. These are truly timeless television treasures. 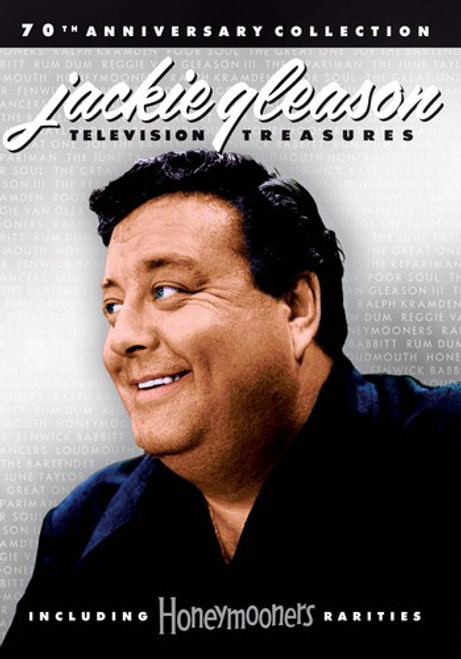