She's like Sherlock Holmes with a sassy 1930s attitude! She's Hilary Caine, staff investigator for a British tabloid who knows her way around London…and around every murder case that comes her way!

Karen Heaven stars as Hilary in scripts adapted from the works of British mystery novelist M. J. Elliot. Rachel Glass is heard as the announcer, along with Randy Hoffmeyer as Inspector Julius Finn and Larry Albert as Sgt. Talmadge. These exciting episodes were produced for radio by Jim French. A must-listen for those who like a good whodunit! 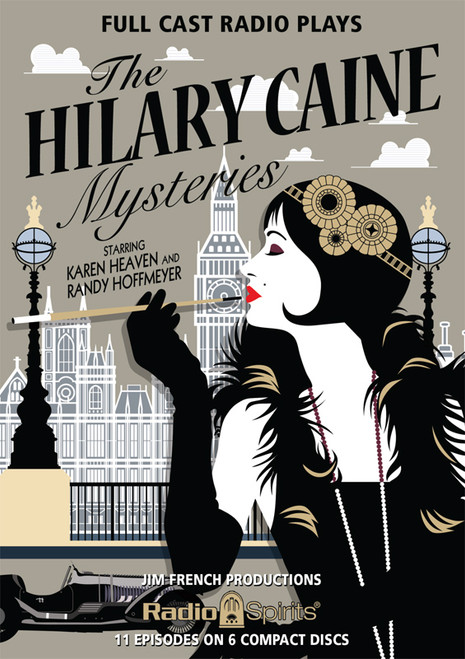