Benjamin Siegel was born in Brooklyn in 1906. He was a young thug, shaking down pushcart vendors for protection money, when the Prohibition gave him his first job…as a bootlegger. “Crazy as a bedbug” they called him…and the nickname stuck. Bugsy.

Working his way through the ranks of the New York Underworld, Bugsy’s callous disregard for human life made him a valuable enforcer for “Murder, Inc.,” that infamous army of Mob assassins.

Seeing potential in the undeveloped “cowtown” of Las Vegas, Bugsy borrowed millions to build the Flamingo Hotel, a lavish casino he hoped would put Vegas on the map. Bugsy’s dream of a gaming dynasty in the Nevada desert ended abruptly with his still unsolved murder in June of 1947.

Available for the first time on DVD, this documentary about the life of Bugsy Siegel features the testimony of writer/director Max Allan Collins, comedienne Rose Marie, screenwriter Charles Bennett…and the associates, lawyers, barbers, cops, and cronies who knew Bugsy well. It also includes rare footage of the early stages of Las Vegas and the historical Flamingo Casino. 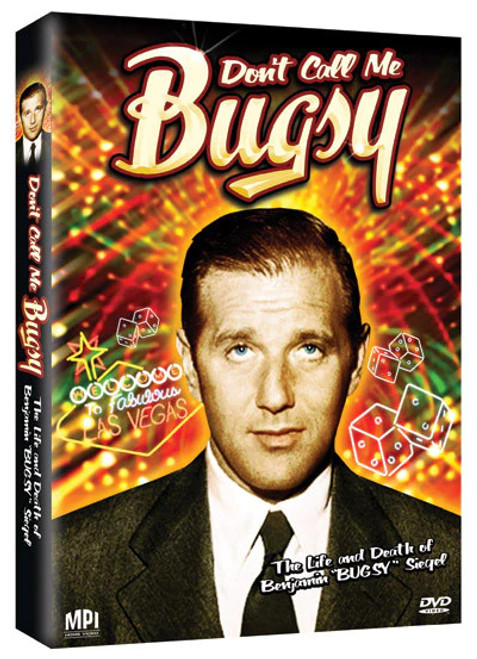