Based on the famous cartoon strip by Chester Gould, this was the first of the Dick Tracy serials from Republic Pictures in 1937. In this super thriller, a clubfooted criminal (known only as "The Lame One") masterminds a war on G-men. One of his villainous plans is to destroy the new Bay Bridge…by bombarding it with high-frequency sound waves from his stratospheric aircraft ("The Wing"). In the meantime, Dick Tracy's brother is kidnapped and forced to aid the notorious Lame One, who turns out to be...well, you'll have to see it for yourself! This serial features 15 full chapters of fist fights, car chases, and aerial stunts…as only Republic Pictures could stage them. 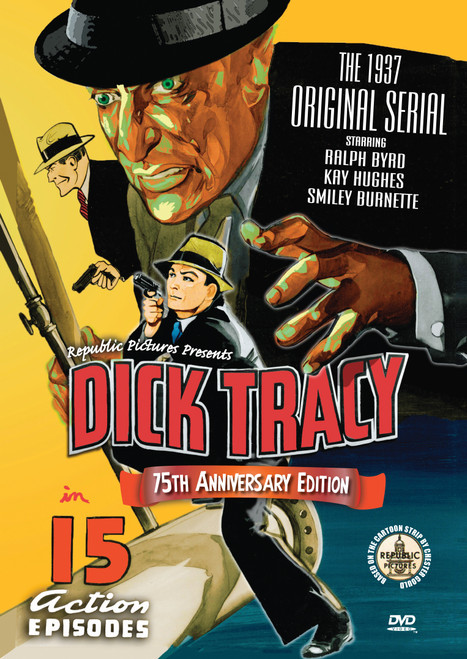