Deep in the jungle, they hunted the diamonds, the woman, and each other!

From director Delbert Mann comes this exciting comedy-adventure. James Garner stars as irritable fashion photographer Ben Morris, who is shooting an ad campaign in the jungles of South America with his beautiful model, Alison (Eva Renzi). Things take an unexpected turn when Ben’s helicopter is stolen by reckless explorer Sammy Ryderbeit (George Kennedy). When they finally locate Sammy, he tells them a wild story about a diamond mine in the area, and before long, the three begin a search for the mine. An unscrupulous Australian (Nigel Green) and a rival band of treasure hunters (led by Michael Ansara) also vie for the loot. This light-hearted spoof of jungle thrillers is packed with terrific moments - particularly in the comic interplay between the exasperated Garner and the wild-eyed Kennedy. 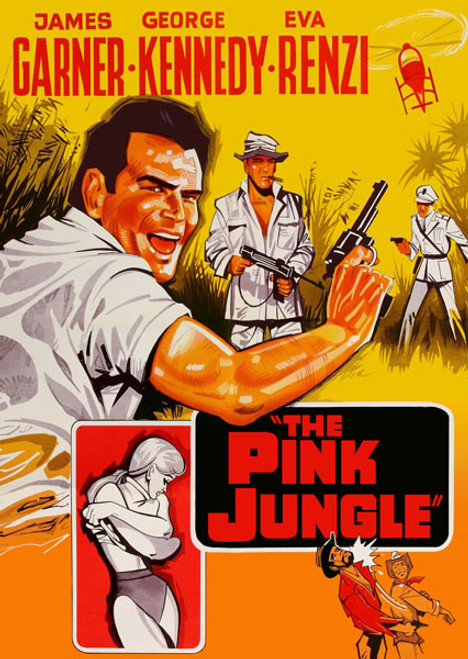