These eight documentaries from the World War II Foundation share the stories of some of the war's greatest leaders, some of its lesser-known heroes -- true tales of courage and compassion, extraordinary stories of survival, and the mission to share the legacies of those who fought.

Includes: Eagles of Mercy. On D-Day American medics Robert Wright and Kenneth Moore helped both American and German soldiers. Hear from the heroes themselves in this amazing film.

D-Day: The Price of Freedom. Travel with several of the men who fought on D-Day as they return to the beaches of Normandy. Hear their amazing and emotional stories and see actual newsreels from D-Day.

Navy Heroes of Normandy. Meet the aging men of World War II and the effort to make sure they won't be forgotten. The film includes black-and-white and color footage of the Navy in action on D-Day.

A Promise to My Father.  Return to Poland and Auschwitz with Israel Arbeiter, who survived Nazi-occupied Eastern Europe as a Jewish teenager. His incredible story begins with his father's final words.

Maggie's War.  The true story of how "Maggie" Megellas led H-Company of the 504th Parachute Infantry Regiment through some of the most horrific battles World War II had to offer.

Note: These programs are not rated. May contain scenes and language not suitable for all viewers. 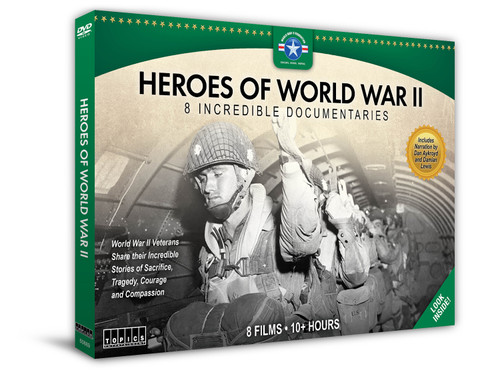