The unauthorized, long-suppressed guide to the superb NBC broadcast series. Starting in October 1944, for the next 40+ years, on both radio and television, this program was considered the finest dramatic show on Sunday network radio. The scripts compare favorably with those of Norman Corwin. The original music, composed each week, was superb; the acting was performed by the finest radio and film voices available. All programs known are listed and described, and cast members are listed. It's the most complete log available.

Eli Segal, a Peabody-Award winning radio producer and Professor of Media Arts, presents an historical perspective of the series. He also happens to be the son of the cantor that began half of the shows, and a witness to many of the programs as they were being broadcast. Many photographs and diagrams of the program are included. It's a fun read and a valuable piece of broadcast history. 144 pages, paper, illustrated. 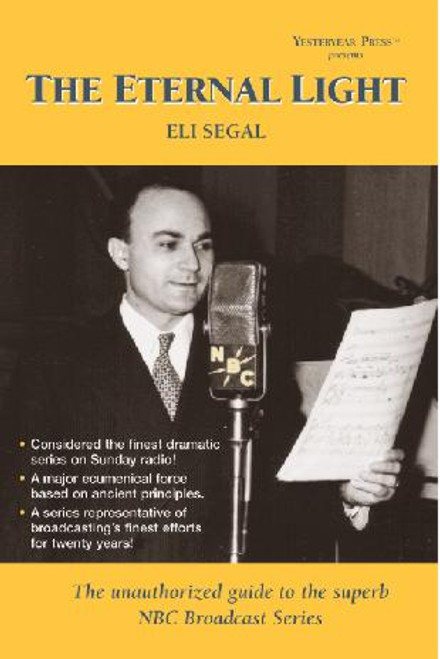