Frank Chandler, a dignified globe-trotting American, learned certain mystical secrets while studying under the wise men of the East. Those secrets gave him near-unlimited psychic powers, turning him into Chandu the Magician. In his global war on the powers of ancient evil, he is joined by the mysterious Egyptian princess Nadji, his sister Dorothy Regent, and his niece and nephew Betty and Bob.

Tom Collins stars as Chandu in these exotic half hour episodes from 1949 that deliver just the right mix of mystery, intrigue, and adventure! 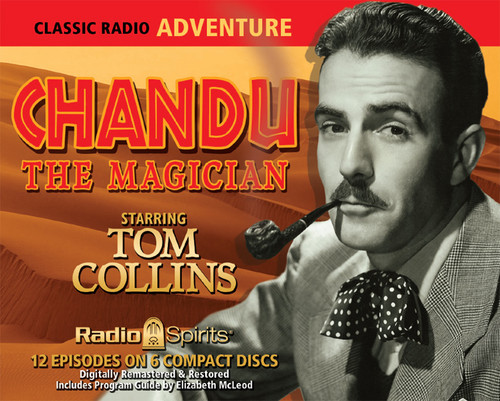